China Covers Up the Extent of Coronavirus, Claims it Came from US 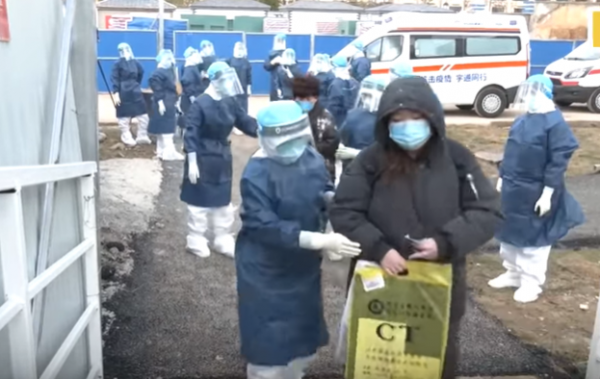 Beijing tried to cover up the seriousness of the virus by punishing the front liners who tried to talk about it on social media platforms, they also denied that it could spread through human interaction and they delayed the lockdown of affected regions. This means that the virus could have been controlled if the regime did not try to downplay the situation.

The Communist Party began censoring public information once the virus began spreading in China. Instead, they spread disinformation and went as far as blaming the US troops as the initial carries of the virus.

Li Wenliang, a doctor in China, reported the existence of the virus in December 2019 and stated that it was similar to SARS. But instead of warning the public, Chinese police arrested Wenliang and eight of his colleagues who had been posting about the virus online.

Wenliang later died from the virus, but before he passed away he was forced to sign a document admitting that the information that he posted and shared was false. While China has been praised by numerous countries worldwide for their alleged quick response to the virus and imposing a lockdown on Wuhan and other parts of China, evidence shows that the country could have acted sooner to prevent the spread of the virus around the world.

On December 26, samples were analyzed and the virus was already spreading, according to the Washington Post. However, Wuhan was not locked down until January 22, which means around 5 million people were able to travel around the country and abroad in a span of a month.

The Chinese government also won't release any information on "patient zero", the country's first person to have contracted the virus, scientists can't have any clear study on the disease that allegedly made a leap from bats to humans.

Initially, the Chinese authorities reported that the virus could not spread through human interaction, but evidence shows that it was spreading fast through the city of Wuhan including doctors being infected by patients. Many believe that it was an excuse to keep Wuhan open and operating and to allow the locals to travel.

It was only late January when China confirmed that the virus can be contracted through human interaction, but that was after a massive part of Hubei province, including Wuhan, were put into lockdown. Wuhan's local newspaper did not mention about the virus until January 20, 2020, which means no safety precautions were done to stop the spread of the virus. The authorities in Beijing also did not immediately report the deaths of two doctors from the virus, which could have raised awareness.

Also read: Trump Says 'We Will Come Back Strong' As He Plans to End U.S. Lockdowns

Origin of the virus

There are a lot of theories about the origin of the virus. Lijian Zhao, an officer within the Chinese Foreign Ministry, tweeted on March 12 and said "When did patient zero begin in the US? How many people are infected? What are the names of the hospitals? It might be the US army that brought the epidemic to Wuhan. Be transparent! Make public your data! US owe us an explanation!."

However, he did not have any evidence to support his claim. According to the CDC, America's "patient zero" was a man who traveled from China to Washington State on January 15, 2020.

The Chinese have also tried to claim that the virus started in Italy, the country with the most deaths aside from China. They distorted a quote from an Italian doctor who said that Italy's first cases could occur earlier than they thought. Dr. Giuseppe Remuzzi said that months before the virus has spread, he was already investigating strange cases of pneumonia. Dr. Remuzzi said that the virus started in Wuhan, but may have spread out of the country and across the world earlier than what is recorded.

China reported a total of 82,000 infections from the virus and stated that the country has an infection rate of zero for several days. However, China admitted that the virus is still spreading through people who have few or no symptoms.

Foreign governments have expressed their concern over China's questionable reports. Marco Rubio, a Republican senator and former presidential candidate from the U.S tweeted "'We have NO IDEA how many cases China really has' after the US infection total passed Beijing's official figure. Without any doubt, it's significantly more than what they admit to."

Meanwhile, in the UK, a conservative minister and former Prime Ministerial candidate Michael Gove claimed that the Communist Party can't be trusted. He told BBC "Some of the reporting from China was not clear about the scale, the nature, the infectiousness of this [virus]."

Government officials from around the world are also skeptical about China's reported death toll from the virus, which currently stands at around 3,300. Locals from Wuhan have been keeping an eye on funeral homes since the lockdown restrictions in the province were partly lifted and they claimed that they have been working 24/7 to dispose of the bodies.

According to the social media platforms in China, around 2,500 urns were being handed out by crematoriums every day, while one funeral home placed an order for 5,000 urns. The locals believe that the efforts to dispose of the bodies began on March 23 and the authorities have said the process will end on April 5. That means around 42,000 urns will be handed out, which is ten times the reported figure.