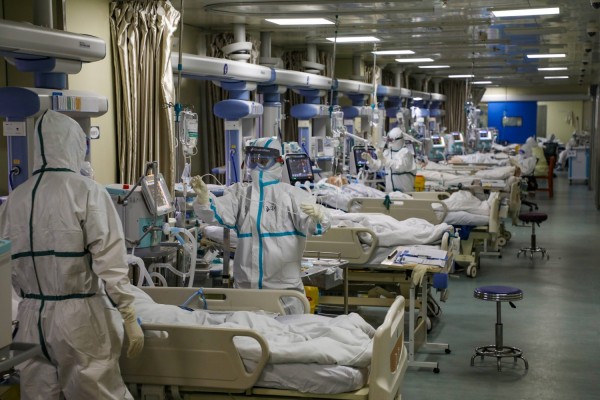 Amid the continues spread of cases of the 2019 novel coronavirus, hopes spark as a 17 day-old baby recovered from the dreaded illness after being born to an infected mother in Wuhan, China.

According to China's state media, the baby is the youngest patient to recover from the virus that has killed thousands of people worldwide, with the majority of infections in mainland China.

The baby made full recovery last Friday and based on statements by the health workers, she recovered on her own without the help of medication.

Per People's Daily, the baby was transferred to Wuhan Children's Hospital on the day she was born and was confirmed positive with the disease shortly after.

The Director of the hospital's Department of Neonatology, Dr. Zeng Lingkong said that the 17-day old known as Xiao Xiao was diagnosed with a respiratory infection and had minor damage in her myocardium. However, since she did not display obvious symptoms of COVID-19, the doctors decided against giving her antibiotics instead they let her overcome the disease on her own.

Dr. Zeng told the media that since the baby did not have apparent symptoms like cough, fever or difficulty in breathing they only gave her treatment for her myocardial condition. Hence, after the baby tested negative in COVID-19 nucleic acid detection tests three consecutive times, she was allowed to go home.

Furthermore, Dr. Zeng said that she has recovered fully both from coronavirus and her heart disease, noting that the baby even grew bigger and fatter in her stay in the hospital.

Also read: Filipinos from Cruise Ship Arrive in Philippines, Excluding 70 Others Who Tested Positive for Coronavirus

It can be recalled that Chinese doctors have feared that there could be a possibility that infected mothers can transfer the infection to their babies in the womb. In early February, a baby was born to a mother with coronavirus and was also diagnosed with the disease after being delivered. However, there are still no enough evidence that supports mother to child transmission of 2019 ncov is possible.

In addition, Dr. Zeng also said that this calls to medical professionals to pay close attention to the possibility of vertical transmission of the virus.

On the other hand, the oldest patient that has recovered from the virus in China is a 96-year-old woman who survived the diseases after being in intensive care for three days.

Meanwhile, despite the recoveries, coronavirus continues to spread like wildfire as the number of cases reach more than 80,000 worldwide and the death toll has shot up to more than 2,700. The densest number of cases is still in China where the virus first emerged.

However, there are already cases of the virus in more than 20 other countries. South Korea, the biggest hot spot outside of China has already more than 1,140 cases, while Italy, where the virus has had its biggest outbreak outside Asia, has already had more than 320 confirmed cases.

Even with COVID-19 already spreading across continents the World Health Organization said that it is still to early to declare a pandemic and there is still time to prepare.