Alien Life On Mars: NASA Scientists Believe There are Life Forms in Caves 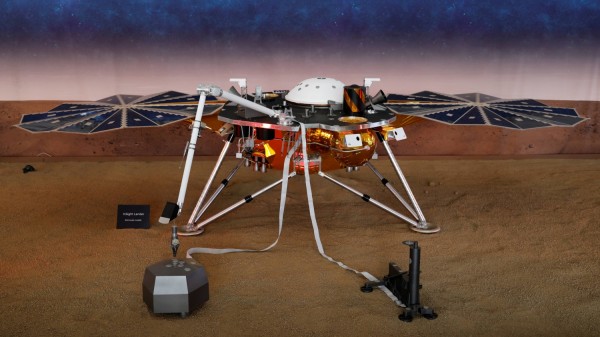 A portion of the west rim of Endeavour crater sweeps southward in this color view from NASA's Mars Exploration Rover Opportunity released by NASA August 10, 2011.

National Aeronautics and Space Administration scientists have reason to believe that there is life on Mars which is most likely to be hidden in its deep underground caves. Hence, the space agency will be sending a rover to the planet this summer to confirm their theories.

Per Space.com, Vlada Stamenkovic, a NASA Jet Propulsion research scientist explained the theory about a possibility of Martian underground life at a recent space event.

In the conference called Marx Extant Life, Stamenkovic stated that the surface of Mars is the worst place to look for life-sites since it is very oxidizing, heavy with radiation and liquid water is not stable there for an extended amount of time. Hence, groundwater might only be the habitat for extant life.

However, undergrounds could be more habitable for alien life forms on the planet since there are theories that there may be a stable water supply beneath the surface.

Scientists believe that if agile robots are sent to try and explore the cave systems on the red planet we can be able to determine if life does exist there.

Based on the United States Geological Survey (USGS) Astrogeology Center, there are potentially more than one thousand cave entrances that have been mapped on Mars.

While building nimble robots to explore and enter these potential caves can be costly and complex, Stamenkovic proposed that the space agency could use a rover that can sense chemicals associated with life form or underground water from the surface to explore the planet instead.

The next exploration on Mars will not only explore the red planet but NASA hopes that it will also bring a little bit of Mars back to Earth. The exploration is known as Mars 2020, where the rover will hunt for signs of habitable environment and also look for signs of past microbial life on the planet. The robotic space traveler will also cache a series of samples that can be returned back to Earth for future studies.

It is yet unconfirmed is the rover will search the underground caves of Mars, like what was suggested by Stamenkovic but the goal is still the same which is to study the red planet and find out if it is habitable or if there are already life-forms that we are yet to discover.

The mission is expected to blast off in July or August of 2020 from Cape Canaveral, Florida when Mars and Earth are in a position that would require the least power needed for interplanetary travel. The rover is scheduled to land on Mars in February of 2021, with an initial mission duration of at least one Martian year, or 687 days on Earth.

The search for present-day life on Mars continues to heat up due to the improved knowledge on the planet's history and geologic diversity. Years have passed and there is still no evidence that points out that there is indeed life on the red planet. However, doing finding out the truth in any life-forms in the solar system might be out first step in discovering the truth behind this universe.