SETI Looks for Alien Life on Comets from Deep Space 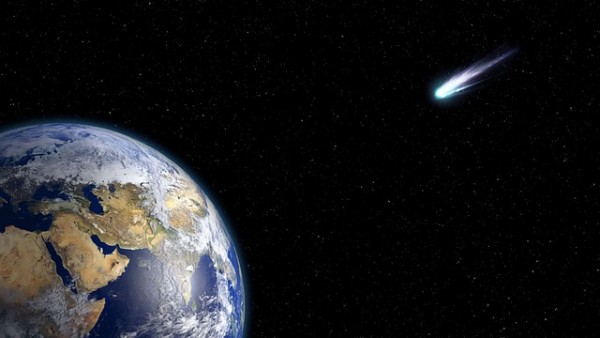 (Photo : Pixabay/urikyo33)
The comet 2I/Borisov is getting scanned, investigated for possible alien technology or any signal that aliens are out there. It might seem so far fetched that it is like Sci-fi, but researchers at SETI are looking for proof if it does exist.

The search for alien life is on as scientists study a comet that was detected last year, which is the second foreign body that came from outside the solar system. One question that experts want to address is whether there is extraterrestrial intelligence out there.

Scientists are checking if the comet designated as 2I/Borisov does have a hint of ET vestiges or other life in space. They connected with the Breakthrough Listen project noting that a scan of the comet has no technosignatures that indicate whether there are aliens out there.

This was revealed by SETI (Search for Extraterrestrial Intelligence) at the annual meeting of the American Association for the Advancement of Science (AAAS), where the evidence will be revealed.

According to Steven Croft of UC Berkeley's SETI Research Centre, should travel between vast light-years be achievable is not definite. To determine if there other intelligence is out there, they are sending probes to look for others like them. There is a chance that many are out in the spaceways, just waiting to be stumbled on to.

Chances of finding alien life are one in a million or more chances, in the universe with billions of star systems and light-years wide. Finding 2I/Borisov out there is a find for SETI that might find something of proof.

Steven Croft said,"Just as we do with our measurements of transmitters on extrasolar planets, we want to put a limit on what that number is."

Oumuamua is one of the first visitors from deep space that flew into the solar system that caused skywatchers to look up. Next is 2I/Borisov that is now another object hurtling in space that has possible traces of alien tech or anything to identify as technosignatures.

All the excitement of the approaching interstellar visitor made scientists speculate if Oumuamua might be an alien craft or something other than a foreign body. Later scans were done but it was a false alarm.

When Oumuamua was detected, radio signals were coming from the foreign body. Scientists scanned 2I/Borisov to find any technosignatures but nothing turned up and no intelligence detected.

Gerry Harp of SETI in 2018 said,"We were looking for a signal that would prove that this object incorporates some technology that it was of artificial origin."

He later revealed that radio emissions or an unusual property from Oumuamua was never detected even with a thorough and sensitive search. Scientist are using the same scan methods on 2I/Borisov, but radio or any technosignatures from the comet is a big zero.

One argument that can be used is that no reading does not mean these interstellar travelers have no technology on them, expecting them to emit the same radiation as earth based technology might be mistaken. It can be that we lack the detection equipment which can sense exotic energy for now.

SETIs search for ETs and alien life, with the comet 2I/Borisov and Oumuamua highlight the need to look at every lead. This is just a small target in the hunt of SETIs eyes in the sky. Looking and sifting through the evidence might produce evidence to find out the truth.