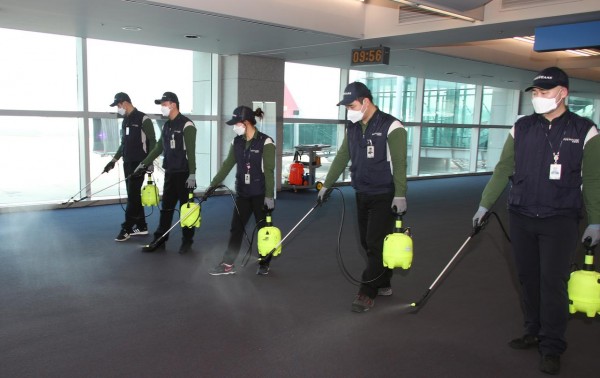 As coronavirus continues to threaten people worldwide, all eyes are now in South Korea as it becomes a new frontline for the outbreak.

On Friday, the country has confirmed 52 additional cases of coronavirus, and a number of this has been linked to a religious sect in the southern city of Daegu.

Thirty-nine out of the 52 new cases were linked to the Shincheonji Church of Jesus as reported by Korea's Centres for Disease Control and Prevention (CDC). This number brings the countries confirmed cases to a total of 156, which makes it the country with the most dense number of infections outside mainland China.

The infections within the church started with a 61-year-old lady who had developed a fever last February 10, but continued to attend at least four more church services before being diagnosed as positive for COVID-19. The number of church members that have been infected now rises to more than 80.

Residents of Korea's fourth-biggest city having a population of over 2.5 million have been advised by Daegu's mayor to stay indoors if possible. Access to a major United States base in the city has also been restricted.

Residents who go about their daily activities are wearing masks as they walk through the quiet and inactive streets of the city.

Per France 24, Seo Dong-min, a 24-year-old Korean, told AFP he is worried that the city will become the next Wuhan, referring to the city in Hubei Province China where the virus first emerged and where the infections are the highest.

The municipal government of Daegu has also asked the 1,0001 members of the church who are believed to have attended services with the infected woman to do self-quarantine.

The Korean CDC said that another COVID-19 case has been confirmed in a hospital near Daegu in Cheongdo county. There are already 16 cases identified in the hospital, including the long-stay patient who died last Wednesday.

Furthermore, the organization is also investigating whether the cases in the hospital are linked to a woman from Shincheonji since she reportedly visited Cheongdo in early February.

South Korea's central government has announced on Friday that Daegu and Cheongdo are already declared as "special management zones."

In view of this, Seoul will be sending medical personnel, sick beds and medical equipment to the region as support, according to Prime Minister Chung Sye-kyun. He also added that the cabinet will be meeting three times a week to monitor the outbreak.

Meanwhile, the US Army base in Daegu which houses around 10,000 soldiers and family members has restricted access and has requested any member of the American troops who has attended services of the Shincheonji Church to self-quarantine.

The US Army garrison in Daegu -- where around 10,000 soldiers, civilians, and family members live or work -- has restricted access and instructed any American troops who recently attended Shincheonji services to self-quarantine.

Often accused as being a cult for claiming its founder Lee Man-hee will take 144,000 with him to the kingdom of Jesus on Judgement day, the church has closed down all its facilities within the country.