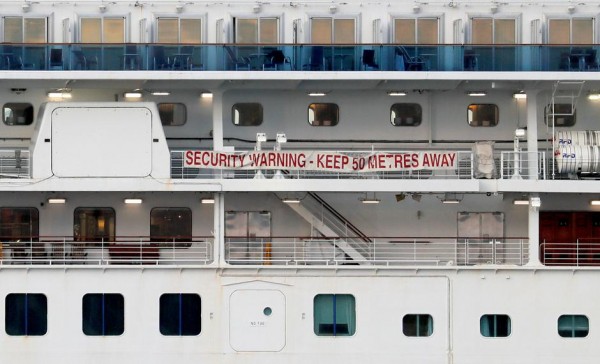 On Saturday, United States officials started their plans of moving the Americans who are stuck aboard the Diamond Princess after it was locked down and anchored in Yokohama, Japan after the 2012 coronavirus joined them at sea.

Although some of the passengers are relieved that they will be going back to American soil soon, some of them are outraged after learning that they will again be quarantined for 14 days when they arrive in the U.S., which is the same isolation period that Americans who were evacuated from Wuhan had to go through since the virus has an incubation period of 14 days.

Upon arriving in the U.S., passengers which disembarked from the coronavirus-stricken Diamond Princess were temporarily housed at San Antonio-Lackland in Texas or at the Travis Air Force in California. They will be kept in separate isolation from the previous evacuees as advised by the Centers for Disease Control and Prevention. The CDC added that before leaving the ship, all passengers were screened and constantly monitored along the way.

The flights chartered by the US government departed on Sunday and will be the only chance that the stranded passengers have to return to the US before March 4. The chartered flights will be paid for by the U.S. government. However, the cost for their travel home after arriving in the U.S. and passing through quarantine will be taken from their own pockets. However, those who will choose not to board the government chartered flights will still need to spend two more weeks in Japan before they can go back to the U.S. since the U.S. government does not consider the Diamond Princess lockdown as proof of being free from the virus.

On the other hand, an 83-year-old woman from the U.S. who was aboard another cruise ship, was tested positive for coronavirus. The ship is currently docked in Cambodia and has been there since Friday after it was refused by five other ports. The woman and other passengers on the ship were already cleared out by Cambodia. But when the woman got tested in Malaysia after showing symptoms, she was found to be positive for COVID-19.

The woman's case remains unclear, however, it might force the U.S. and other countries to conduct more tests and evaluations before letting passengers from the ship MS Westerdam, inside their country.

Meanwhile, after prolonged negotiations with the Chinese government, a team of experts from the World Health Organization arrived in China on Sunday. The team travelled to the outbreak's ground zero in Wuhan and to other cities that have been affected by the virus to monitor and check the efforts that have been taken to contain the virus and treat patients.

According to WHO Director-General Tedro Adhanom Ghebreyesus, it is impossible to predict the direction that this epidemic would take. The virus has already infected more than 68,500, and the deaths have reached approximately 1,666 people. France has also announced that a patient had died due to COVID-19, which marked the first death outside of Asia.

Related article: Coronavirus Vaccine May Be Out in 18 Months, But California Lab Claims Making It in 3 Hours