Potentially Hazardous Asteroid Hitting Earth: The TRUTH According to NASA 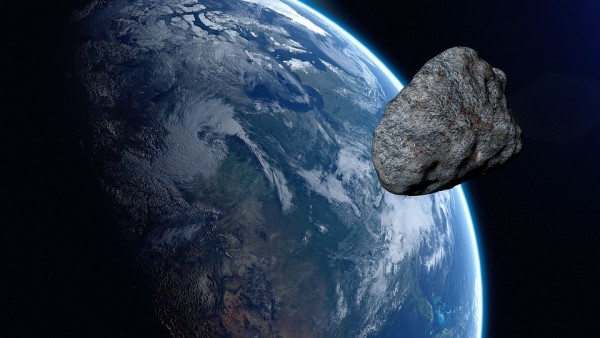 (Photo : Pixabay/urikyo33)
News about the end of the world has been spreading around the internet. Is it true that an asteroid will cause doomsday?

Talks about the likely occurrence of an asteroid apocalypse have recently been shared around the internet. Although the doomsday news is not true, it was confirmed by NASA that an asteroid bigger than Burj Dubai, the tallest structure on Earth, will approach the planet on Saturday at 6:05 a.m. EST.

Measuring 2,380 ft. across and speeding towards our planet at 35,567mph (57,240km/h), said potentially hazardous asteroid may trigger mass extinction and nuclear winter upon collision. Fortunately, NASA said that the celestial body will miss the planet by about 3.9 million miles despite news saying that it will hit Earth.

The asteroid, identified as a Near-Earth Object, is called 163373 (2002 PZ39). It is considered an Apollo asteroid since it intersects with Earth's orbit to the sun making it more dangerous because it may collide with Earth causing mass destruction. With its size, it is currently the biggest asteroid that will pass the planet. Because of its massive size and dangerous orbit, NASA labels it as a potentially hazardous asteroid.

NASA's official website explains what this label means saying, "Potentially Hazardous Asteroids (PHAs) are currently defined based on parameters that measure the asteroid's potential to make threatening close approaches to the Earth. Specifically, all asteroids with a minimum orbit intersection distance (MOID) of 0.05 au or less and an absolute magnitude (H) of 22.0 or less are considered PHAs."

News about the asteroid has spread through social media. However, like any news, the information was twisted, saying that millions of people will be killed during the impact. With that, Asteroid Watch posted on Twitter clarifying the incorrect stories about the asteroid 2002 PZ39 that it will safely pass Earth at a distance that is 15 times as far as the moon.

Aside from 2002 PZ39, Planetary Radar Science Group also reported about another NEO, which was first spotted on February 4 and 5 during their first planetary radar observations after months of hiatus due to earthquakes in Puerto Rico which hindered their telescope operations. It also said that the ATLAS survey discovered 2020 BX12 on January 27. Although they also identified it as potentially hazardous, they clarified that it did not pose any danger since it was receding from the planet.

Radar images from the Arecibo Observatory in Puerto Rico show that Asteroid 2020 BX12 is a binary asteroid as it flies around space with a small moon. NASA shared this image on Twitter, adding that "several asteroids have moons, a few even have two."

Theories about the possible impact of a killer asteroid hitting Earth has been around for years. Although asteroids indeed hurdle to the Earth's direction, none of them has posed a severe harm to humanity. Whether this will soon happen or not, no one knows.