Welt der Wunder has thrilled the world again with its announcement to commence the sales of security tokens. According to this announcement, sales started on the 16th of August 2021. Before we go into these security tokens fully, It is important we understand a little about Welt de Wunder and its interesting MILC Project.

Welt der Wunder is an independent free-to-air TV network based in Germany and Switzerland. It has been in the market for more than 25 years now and is one of the most popular media brands in the DACH region. It has a professional media network all over the world and has produced tonnes of media content for audiences in more than 100 countries. The company's program library was valued at EUR 48M by Ernst and Young in November 2020. 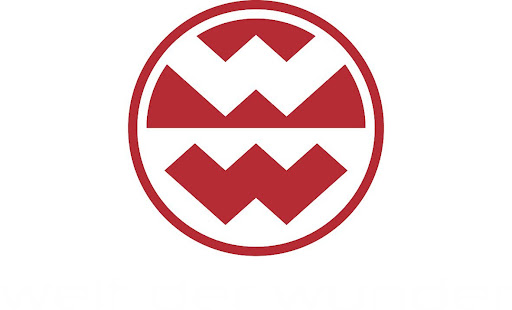 (Welt der Wunder has been around for 25 years now)

Before now, the media content industry had been bedeviled by a traditional licensing and distribution system which is analogue, archaic and frustrating. Content owners, sellers, distributors and buyers had to literally travel some distance to attend trade fairs and these fairs are far from being smooth as the markets are inundated with unimaginable volume of content. As expected, this makes it difficult for buyers to lay hands on what they really want.

The MILC platform was built using the blockchain technology which permits transactions to be carried out transparently across the chain without human interference. The technology also allows information to be stored permanently without fear of loss or obscurity.

The blockchain technology used in building the platform also ensures that everyone in the community sees what is happening in real time and this facilitates monitoring. Because it is decentralized,  every member of the digital community can effectively participate in the day to day activities and decision making of the platform.

This MILC development enables a digital licensing of media contents thus, eliminating the risks and troubles of long travels to analogous trade fairs. The fact that the licensing is digital completely removes the exploitative activities of numerous middlemen and this helps to reduce cost. And on this platform, licensing is completely free.

Apart from the MILC Platform, Welt der Wunder has established itself as a giant in the media content industry and this contributes to its credibility as an organization to partner with and invest in. It is the first set-up to achieve a global digital and decentralized content fair. It has been credited also for the expansion of content production to the international market.

It has two Nationwide television networks in Germany and Switzerland. It boasts of 15 million viewers per month on television with an additional 12 million online viewers per month. Its magazine issue is the market leader in the field of German knowledge with over 120,000 circulation per month. In fact with these, its expected advertising revenue is estimated around Euro 418 million in 3 years. Enough of Welt der Wunder and the MILC project. How'd you go about the investment in its Security Token?

The security tokens being issued is the  Media Licensing Token Security (MLT-S) provides investors with an indefinite equity participation right of 20% in what is the first global tokenized fintech media company.

Each token represents a participation right which is given out to the bearer. There are 25,000,000 units of these tokens with each unit having the nominal value of €1.00. The process is powered by a blockchain technology hence allows transferability of tokens between users.

How do you go about acquiring the MLT-S? First, you need to register with BMCP GmbH and qualify as a professional investor. The security token is available to only institutional and professional investors of the European Union according to Annex II of DIRECTIVE 2014/65/EU. For clarity, a professional is a person who possesses the experience, knowledge and expertise to make his own investment decisions and properly assess the risk that it incurs.

Having registered and passed the qualification test, the next thing is to provide a Know Your Customer (KYC) information to BMCP GmbH and proof of Anti-Money Laundering (AML) Compliance. Nonetheless, Welt der Wunder GmbH says it reserves the right to reject any investment in its sole discretion.

The next step is to choose and confirm your investment amount, your preferred payment method and currency. Next, you can purchase the MLT-S Token by making payment to the issuer (Welt der Wunder GmbH) keeping in mind that your payments must be in any of EUR, GBP, USD, CHF, ETH, USDC or USDT.

By now, you have successfully invested in the MLT-S Token. Within three days of the end of the offering period, your token(s) will be transferred directly into your wallet.

Tokens and cryptocurrencies have been shown to be a viable investment choice as they are safe and very transparent to monitor. And most often than not, they appreciate in value. While the MLT-S sales to institutional investors started on Monday, 16th August 2021, it will close somewhere around December. The choice is yours: you could take action today and potentially be glad you did or forget about it and probably look back a few years in regret.